Why can't the car charger charge the mobile phone? As for the patients who rely heavily on the mobile phone, every time the power of the mobile phone is less than 50% and they happen to have to go out at the moment, I feel uneasy. In my days, I often present the following scenes: when driving, I use the navigation while charging the mobile phone with the original USB interface, unplug the data cable when I arrive at the destination, and the mobile phone prompts "power shortage" Friend, are you as desperate as I am now? It doesn't matter. A good car charger can solve this problem.

Why should I buy a car charger when the original car has a USB interface?

Now most new cars are equipped with the original USB interface, but the charging speed is basically the same as that of the USB interface on the computer. Charging the mobile phone is barely able to cope with it. If you charge the electric devices such as iPad and tablet, you can't help it

In fact, this embarrassing situation at the beginning of the article is not uncommon. The power of mobile phones charged in the car does not increase but decreases. I believe many friends have encountered this kind of problem. Generally speaking, this kind of situation is because the USB power on current is too small. In fact, there is a misunderstanding here. Some USB interfaces in the car are designed as audio data transmission, so the current of USB interface is only about 0.5A (voltage is about 5V). Although there is charging reaction when the mobile phone is plugged in, the charging speed is often slow. When the mobile phone is used and charged, the power of the mobile phone will even be "unable to make ends meet", so buy an extra one The charging head on the cigarette lighter is very necessary.

How to choose car charger?

The choice of car charger is also learned. Many friends have the habit of "from top to bottom according to the price" when shopping in e-commerce. But for car charger, it's not cheap!

There are many requirements for a qualified charger, among which the most important one is to have circuit overload protection, because in case of short circuit, it can immediately cut off the power supply to prevent the damage of charging equipment and power supply. In order to save money, some small factories simply provide "insurance" when they produce cars. At the same time, some unqualified car chargers are unable to stabilize the voltage and current, which leads to shaking. It is very simple to form the charging equipment and charger, and the heating is severe, which has a certain impact on the mobile phone and safety. 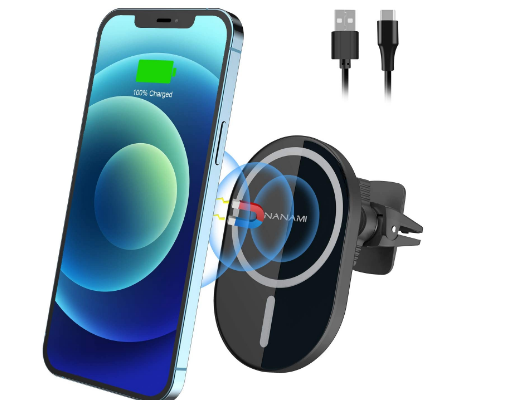 The power of mobile phones charged in the car doesn't increase but decreases. Why can't the car charger charge in? The car charger seems to be an insignificant object, but in fact there are many things we need to pay attention to. Choosing a suitable car charger can significantly improve the charging speed of the mobile phone, and the power failure will not happen at the same time. Remember that you must buy products sold by regular manufacturers. Otherwise, it's too late to complain about quality problems.